The diversity of body shapes is one of the most prominent features of phenotypic variation in vertebrates. Biologists, however, still lack a full understanding of the underlying morphological components and ecological factors that contribute to its diversity, particularly in endothermic vertebrates such as mammals. As an NSF Postdoctoral Fellow and Gerstner Scholar, I generated the first quantitative database of mammalian body shapes using skeletal specimens and tested hypotheses pertaining to the evolutionary integration of the cranial, axial, and appendicular components that contribute to its diversity as well as its adaptive significance.


Carnivora is a morphological and ecological diverse clade of mammals with high species richness (>280 species; 4th largest mammalian order), large range of body sizes from the 200 g least weasel to the 4,000 kg southern elephant seal, as well as a diverse range of body shapes from robust bears to streamlined seals and elongate weasels. I found that the diversity of body shapes between carnivoran families was best predicted by clade age but not rates of body shape evolution or species richness. This suggests that older families simply had more evolutionary time to accumulate more diverse body shapes than younger families. 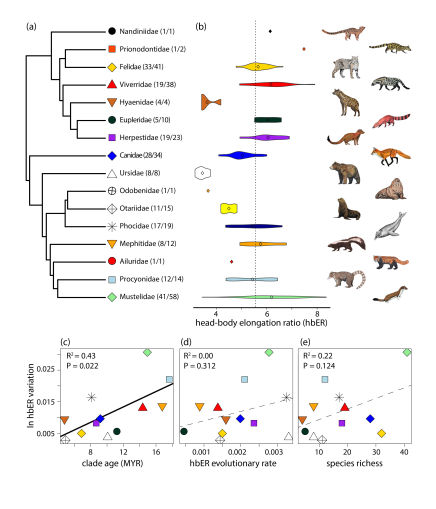 Evolutionary theory would suggest that variation in body shape can arise as adaptations to ecological diversity such as in locomotor modes, hunting behavior, and dietary ecologies. Contrary to what I predicted, I found that adaptive models with different ecological regimes were poor predictors of carnivoran body shape. Instead, the best supported model exhibited clade-based evolutionary shifts, indicating that the complexity and variation of body shape landscape cannot be effectively captured by a priori ecological regimes. That evolutionary shifts in body shape occurred along taxonomically named clade branches is consistent with previous findings that carnivoran families serve as evolutionarily significant units and that disparate evolutionary and ecological processes often drive differences in morphological disparity between individual carnivoran families 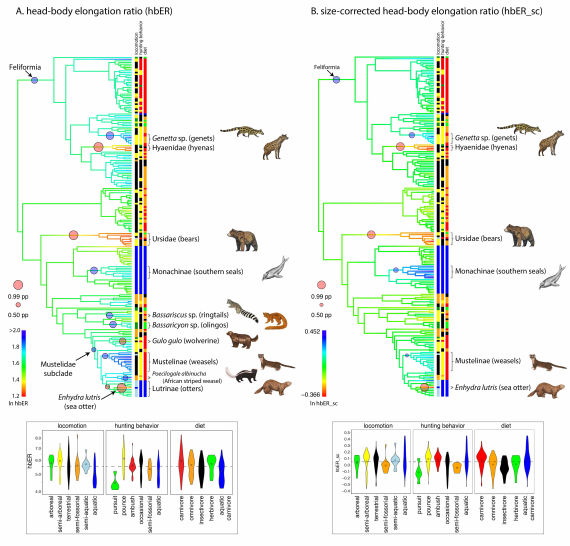 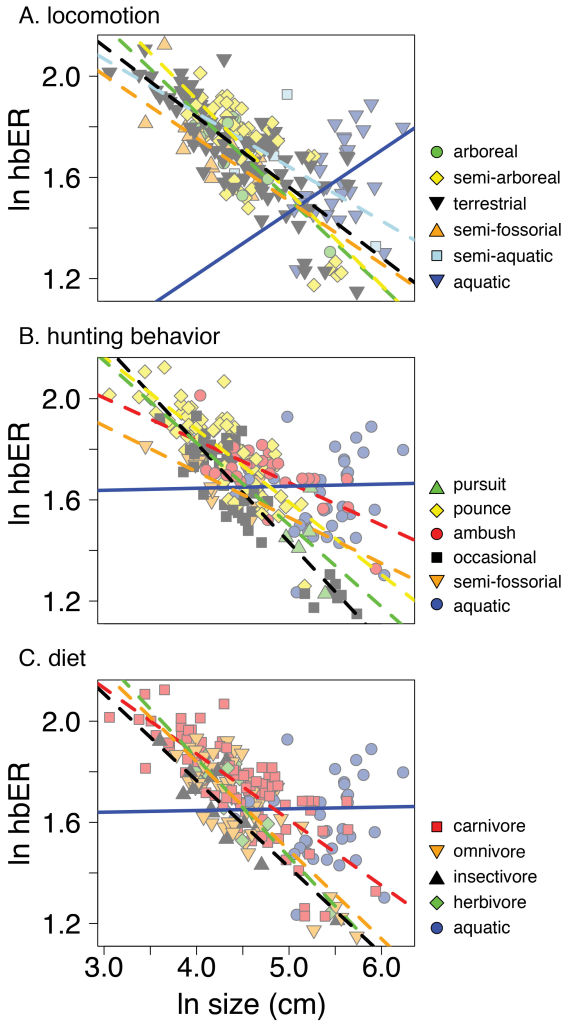