Diversity and Disparity of Musteloidea

Evolution of musteloids
There are over 58 described species mustelids (badgers, martens, minks, otters, weasels and many more) but only 12 species of skunks, 14 species of raccoons, and only 1 red panda! Why do these species numbers differ so much? And what led to this species disparity?

Evolution of sexual dimorphism in musteloids
Male weasels can get up to twice the size of female weasels! Why? Does it have to do with mating? Or do males and females just want to exploit separate food resources? 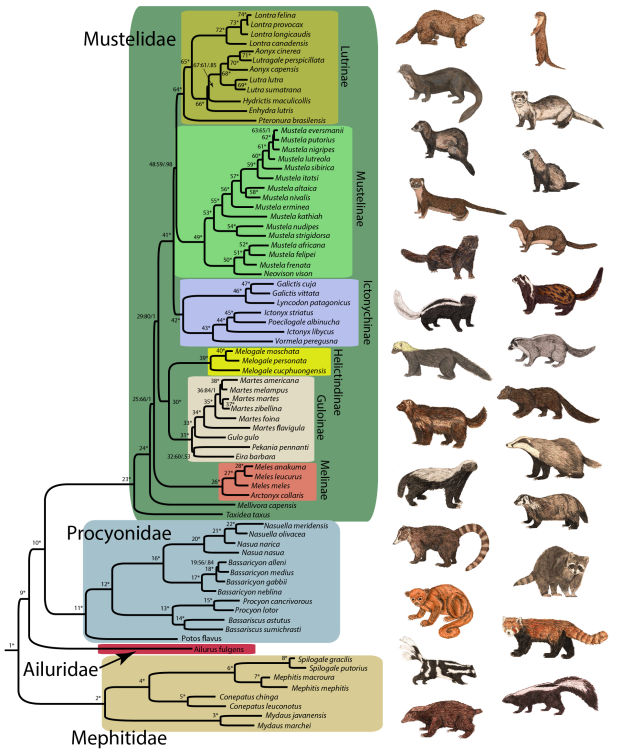